Hello readers, today we will discuss the CarryMinati (Ajey Nagar) net worth in 2021. Ajey is an Indian YouTuber and a streamer.

Ajey is known by his youtube channel name CarryMinati. He also has a different channel for gaming, and that channel name is CarryisLive.

In this article apart from his net worth, we will discuss his early life, career, songs, controversies, awards, and achievement. So read this article till the end.

Before bouncing off the article, don’t forget to watch the Carry Minati lifestyle video at the end of this article. 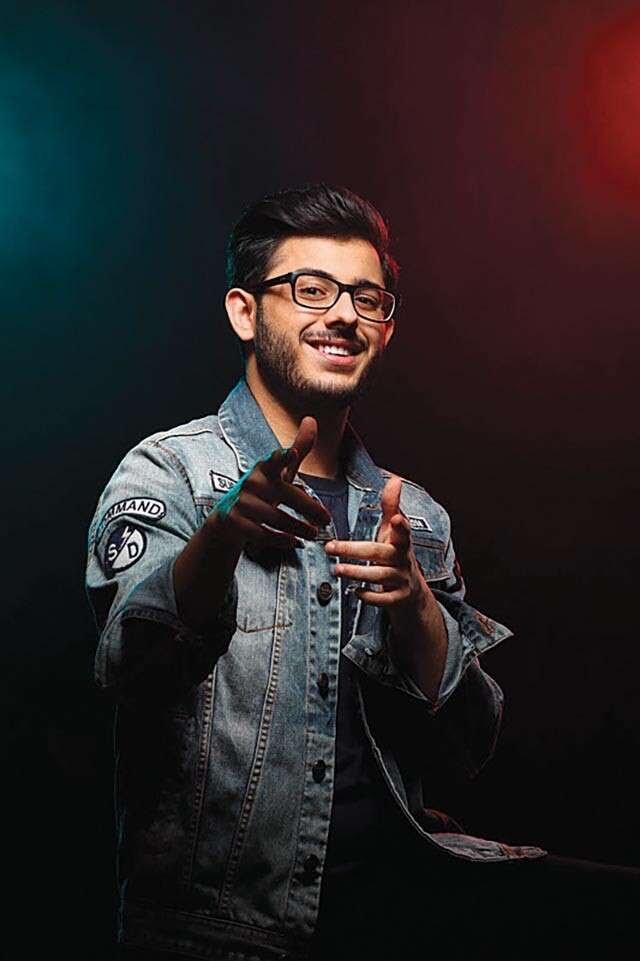 Carry Minati is famous for his comedic skits and reactions to various online videos that he uploaded on his channel CarryMinati.

He is also a singer till now he had uploaded four songs on his channel about which we have discussed later in this article.

Recently in may 2020 he upload a video on the trending topic Youtube Vs Tiktok. Within some time, his video becomes the most liked non-music video on YouTube India, and he gains more than 8 million subscribers through that single video.

He was born on 12 June 1999 in Faridabad. He attended the school till 2016 and left the school in the middle of 12th grade to pursue his YouTube career.

Later on, he completed that exam through long-distance learning. Currently, he is 21 years old, and he has all the things that other people of his age dream to have.

Related: What is Net Worth of Technical Guruji?

He starts uploading videos on youtube when he is only ten years old. Initially, he uploads the video in which he performs the mimicry of Sunny Deol and plays video games.

Before his main channel, he also had another channel on which he uploads football tricks. But Ajey got fame through his channel CarryMinati which is active since 2014.

In 2014 his channel name was AddictedA1 on which he uploads video gameplay with his reactions on the game.

In 2015 he changed the channel name to Carry Deol and start uploading the gameplay of Counter-Strike with the mimicry of Sunny Deol.

Later on, when he starts roasting people he thinks that the name of the channel is not matching the theme of the channel, so he again changes the name to CarryMinati, and this is the time when his journey to success begins.

In 2017 he started another channel CarryisLive where he plays different video games and lives stream it.

Due to his channel name, some people also say that he is Illuminati. But he clear all things about it through the below video.

In the past time, he got a lot of subscribes when he roasts one of the famous YouTuber Bhuvan Bam (BB KI Vines).

However, at the same time, he also gets a lot of criticism for it. Apart from roasting and gaming, he is also a singer, and till now he uploads four songs on his channel.

Due to his controversial video of Youtube Vs Tiktok. On 5 Jun 2020, he uploads the song Yalgarr which break various records and even the audience like that song very much that it becomes the most liked song on Youtube India. Currently, this song has more than 200 million views

He recently uploaded a new song Vardaan on his channel which describes his life story. On this song, he gets a very good response from the audience and currently, the song has more than 370 million views.

Related: What is Net Worth of Ranveer Allahbadia?

Recently in May 2020, a war started between YouTubers and Tiktokers. A Tiktoker Amir Siddiqui uploaded a video in which he criticizes roaster and put his opinion about YouTube and Tiktok.

After uploading that video, Amir received a lot of criticism for that video and various YouTubers including CarryMinati, react to that video.

CarryMinati video titled Youtube Vs Tiktok – The End gets a lot of views and likes in some time. But the video got removed due to a violation of the YouTube policy.

YouTube removes the video as it violates the rights of the LGBT community. Due to his video, the hashtags like #CarryMinatiRoastVideo and #JUSTICEFORCARRY are trending on twitter at that time.

Ajey this video gets lots of support from the audience and eventually becomes the most liked non-music video of YouTube India.

Related: What is Net Worth of Harsh Beniwal?

Related: What is Net Worth of Ashish Chanchlani?

What is the Updated Net Worth of CarryMinati (Ajey Nagar) in 2021?

Ajey, most of the income, comes from his two YouTube channels CarryMinati and CarryisLive. Apart from YouTube Adsense earning, he also makes a good amount of money through sponsorships and brand deals.

As per media reports, CarryMinati (Ajey Nagar) updated Net Worth in 2021 is $3.8 Million, which is equal to ₹27 crores.

Ajey owns a Toyota fortune car whose worth is 30 Lakhs.

I hope you guys enjoyed reading this article about India biggest Youtuber CarryMinati. If you found this article worth reading, then don’t forget to share this article with your friends.