Hello readers, today, in this article, we will discuss the Net Worth of Sunil Grover in 2021. He is a stand-up comedian and Indian actor.

Sunil is mainly known for playing comedy roles in different movies and shows. In this article, apart from his net worth, we will also discuss Sunil’s early life, career, personal life, and much more. So read this article till the end.

Before bouncing off, this article doesn’t forget to watch Sunil Grover’s fun interview at the end of this article.

Currently, Sunil Grover is a famous comedian. But he got prominent popularity when he plays the role of Gutthi on the show Comedy Nights with Kapil.

Moreover, his other characters, such as Dr Mashoor Gulati and Rinku Devi from The Kapil Sharma show, also get very popular among the TV audience.

Apart from TV Serials, he has also worked in various movies such as Gabbar is Back, Baaghi, Bharat, etc.

Related: What is Net Worth of Chandan Prabhakar?

He was born on 3 August 1977 in Sirsa, Haryana. Sunil belongs to a Punjabi family, and his father’s name is J. N. Grover.

Sunil did his schooling from Arya Vidya Mandir, Mandi Dabwali, Sirsa. After which, he pursued a Bachelor’s degree in commerce from Guru Nanak College.

Moreover, Sunil also had a Master’s Degree in Theatre from Panjab University Chandigarh.

Related: What is Net Worth of Krushna Abhishek?

Sunil began his career as a radio jockey RJ Sud in the popular series Hansi K Phuware on Radio Mirchi. Furthermore, he made his TV debut in 1995 with the Comedy Show Full Tension, which was telecasted on DD National.

Sunil made his film debut in 1998 with the movie Pyaar To Hona Hi Tha. Sunil was also a part of India’s first silent comedy show Gutur Gu which was telecasted on SAB TV. He appeared in the first 26 episodes of the show.

He gets the main popularity and recommendation in the industry through the comedy show Comedy Nights with Kapil. In the show, he plays various characters, and one of them is Gutthi which gets very famous among the TV audience.

Sunil worked on that show from 2013 to 2016 until the show was shut down on Colors TV. After that, he also became part of The Kapil Sharma Show which was telecasted on Sony TV.

In the show, he plays various characters, but two of his most famous characters are Rinku Bhabhi and Dr Mushoor Gulati.

Apart from this, he also mimics various Bollywood actors in the show, such as Amitabh Bachan and other actors, which the show viewers liked. However, after having a controversial fight with Kapil Sharma, he left the show.

After leaving the show, he returned to the Television with the show Kanpur Wale Khuranas which was telecasted on Star Plus.

The plot of the show was very much similar to The Kapil Sharma Show, but it doesn’t go well, and soon the show went off the air.

In 2016 he debuted in the Punjabi film industry with the movie Vaisakhi List. Moreover, in the same year, he also appeared in the Bollywood movie Baaghi. After this, he appears in various films such as Pataakha, Coffee with D, and Bharat.

In August 2020, he made a comeback to Television with the show Gangs of Filmistan, which was telecasted on Star Bharat. In the show, he plays the role of Bhindi Bhai.

However, the show ended in October 2020. Later on, in 2021, he appeared in the political drama web series Tandav which was streamed on Amazon Prime.

Related: What is Net Worth of Kiku Sharda? 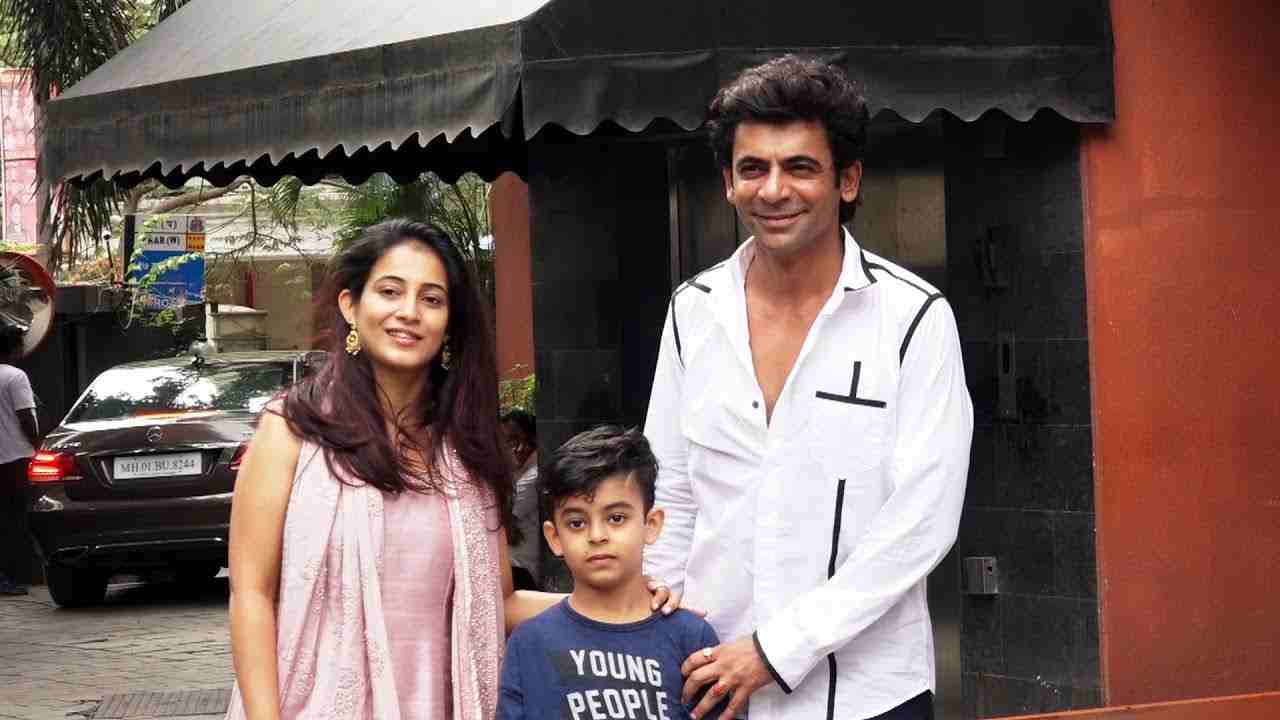 Sunil Grover is married, and his wife’s name is Aarti Grover. Moreover, the couple has a son whose name is Rohan Grover. Currently, Sunil is living a happy family life.

Related: What is Net Worth of Zakir Khan?

He got into a controversy when he left the show The Comedy Nights with Kapil. At that time, there were rumours that he left the show because he had asked Kapil Sharma for a salary hike, to which Kapil refused.

However, later on, Sunil talked about this and said that he left the show because Kapil Sharma was misbehaving with him on the flight from Melbourne to Mumbai.

After few days, even Kapil admitted that he had an argument with Sunil Grover. Moreover, when the fight gets serious, the downfall of the show The Comedy Nights with Kapil began.

So Kapil Sharma started another show Comedy Time with Kapil, which was telecasted on Sony TV. This show has all the cast except Sunil Grover.

When Sunil was asked question about it, he said that he didn’t receive any call for the new show Kapil. To this statement, Kapil also replied and said that he approached Sunil several times.

Till now, Sunil Grover was not part of the Kapil Sharma Show. But things seem to get okay between both of them as Sunil wished Happy Birthday to Kapil Sharma and to which Kapil Sharma replied with Thanks.

What is the Updated Net Worth of Sunil Grover in 2021?

Sunil Grover most of income comes from the salary of movies and TV shows. Apart from this, he also a good amount of money by doing brand endorsements. Till now, he has endorsed several brands, and he charges ₹50 – 60 Lakh per endorsement.

The updated Net Worth of Sunil Grover in 2021 is $2.5 million, which is equal to ₹18 Crores. Moreover, Sunil’s net worth has been grown by 220% over the past few years.

Sunil Live in a luxurious house in the suburbs area of Mumbai, whose estimated worth is ₹2.5 Crores. Apart from this, he owns several real -estate properties in different parts of the country.

He has a good collection of luxurious cars, which include cars from brands such as Range Rover, BMW, and Audi.

I hope you guys enjoyed reading this article about comedian Sunil Grover. If you found this article worth reading, don’t forget to share it on social media.